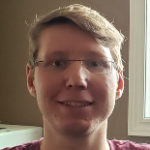 By Lindsay Schardon (ZENVA) on August 23, 2021 in Success Stories

Thanks for joining us, everyone! For today’s Learner Success Story, we’re going to be speaking with Andrey Uskov, a computer engineering student who is now exploring Unity game development.

We appreciate you joining us, Andrey. To start things off, we’d like to ask you a bit about what got you into game development and computer engineering in general?

My pleasure. Ever since high school, I have developed a passion for coding and making video games. At my high school, I took a computer science course where, for the most part, we were programming video games in Greenfoot as a way to learn coding practices and Java – that is how I got into game development.

We would have these in-class “game jams” where people were free to make any game they wanted, and then we would all play each other’s games. I really enjoyed that, and frankly people also really enjoyed playing my games.

You’ve already been creating a game project: an idle clicker-inspired game called Monster Conquest. What can you tell us about this project?

Yes, of course. I have been having lots of fun following Zenva tutorials and creating games, but I always wanted to finish and publish my own game for others to play. I got quite comfortable using Unity by following Zenva courses, and when I was completing the Idle Clicker course, I thought, “Hey, wouldn’t it be cool if those animals/monsters would also attack you?”

I was able to implement that and then I thought, “Great, now they attack me, but I need upgrades, items, and an army to fight them.” And the project kind of spiraled out of there to the point where I thought, “Hey, might as well make a full-on mobile game out of this and publish it – see what people think.”

Speaking of Monster Conquest, have there been any noteworthy challenges you’ve had to overcome while working on the project?

Ah, yes. On the list of the top challenges, I had for this project is a saving system and game balancing.

A mistake that I have made working on this project is that I would push the saving system off and work on the features and content. When it finally came to saving the player’s progress, I had to rewrite some of the code to get the save system to work. So, I have learned that I should try and implement a saving system as soon as possible so that along the way I wouldn’t have to rewrite code to make it work while creating unnecessary bugs in the process.

A second noteworthy challenge that I have encountered is balancing the game. It is easy to come up with numbers for damage and health, but I needed to get people to test and play the game to see if the numbers actually make sense and if the game is too easy or too difficult.

How has your experience in computer engineering influenced how you’ve gone about learning game development and making your game?

My computer engineering experience has definitely influenced how I make my game. In computer engineering, I have learned that I need to constantly test and let others test the product I’m working on. Even in the early stages of development, feedback from your customer(s) is very crucial.

I have used the same knowledge in making my game. Even at the early prototype stage, I would let my friends try my game, gather feedback, and watch them play. My youngest brother who is nine was the biggest help, in fact, as kids are brutally honest in their feedback.

We’re so glad that our courses have been helping you to learn Unity! Can you tell us in what ways the courses at Zenva in particular have helped your learning process?

There was a time during my early years of university where I tried to learn Unity myself and get into game development as a hobby. However, I just found myself mindlessly copying the proctor who was leading the tutorial without understanding how Unity really works.

Maybe I overestimated my learning ability and jumped into advanced tutorials without even knowing, but I gave my game development ambition a second chance when I came across Zenva on a Humble Bundle.

I have found that the courses are well-structured – you have to learn/know a, b, and c before you get into d. I have started with the recommended course “Create Your First 3D Game in Unity” and found it very easy to follow and learn how Unity works. Courses are also broken down into 10-minute videos that make it easier to pause in between, rest, and then jump into the next one.

Once you complete Monster Conquest, what’s next for you when it comes to game projects?

I am really big into strategy games. I, of course, like everyone else, am thinking of the next project before truly finishing the current one – but I am being very strict with myself and keeping myself focused on Monster Conquest. That being said, I am really eager to get into making a 3D medieval-style strategy game as my next project – something that would involve a castle, sieges, and multiplayer.

Thanks for speaking with us again, Andrey. Before we close this interview out, what tips do you have for other aspiring coders out there in learning to make their own games?

A couple of important lessons that I have learned from computer engineering is that you should frequently test and gather feedback on your project. It will truly guide you on what is working and what does not, what is fun and what is not, etc.

Another important lesson is, if you can, break down your project into smaller chunks – as it makes it easier to work on an individual part rather than a big project as a whole. Instead of working on a whole robot, break it down into the left leg, right leg, torso, etc., and then you would be able to put it together. This way the project won’t seem so big and unachievable.

That closes out this learner success story! We’d like to extend a big thank you to Andrey for interviewing with us, and we can’t wait to see even more of the games Andrey creates!

Interested in playing Monster Conquest? You can check it on the Google Play Store.

Alternatively, you can also learn more about Andrey by viewing Andrey’s LinkedIn page.