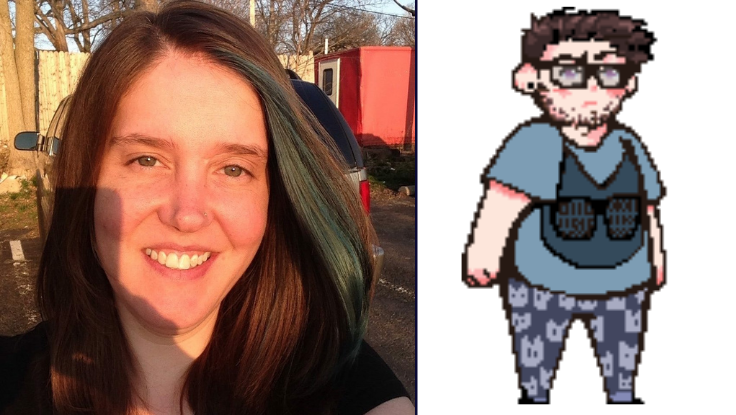 Thanks everyone for joining us for this Learner Success Story interview. Today we’re speaking with Andrea Cardenas-Roeder, a full-time game developer with several games already under her belt!

We appreciate you joining us today, Andrea. To begin, you started out your career in web development as opposed to game development. How did you get into coding in the first place, and what inspired you to switch development focuses down the line?

I got into coding because I have always worked on or around computers, and I wanted to take it further and work on the actual program side. I initially was working on web apps, but that was not very exciting work. Humble Bundle had a deal with Unity and Zenva to learn game development. I love gaming so this was a perfect chance to learn something I am passionate about. Once I took the first class I was hooked; that was over a year ago!

Switching focuses is definitely a challenge, so could you tell us what sort of role the courses at Zenva have played in that transition, and how they continue to help you as a full-time game developer?

Switching focuses was not too hard since I had some experience in programming with my degree in Software Development. But I did have to learn a whole new “style” of programming. The Unity courses at Zenva helped me achieve a level of comfort with game development that I didn’t think was possible. The instructions are very detailed and informative. They give you the confidence to expand upon your skills. The beginner videos and tutorials were so easy to understand that it made the transition very smooth. After the first few courses that I got in the bundle, I wanted to buy ALL of the courses – such as the RPG Academy.

While pursuing your ambitions, you’ve already managed to create seven small-scale games. Can you tell us a bit about them and what sorts of valuable experiences you gained from making them?

Most of the games I have made to date are “clones” to the ones that were being instructed in the videos and tutorials. But in completing them, I have gained knowledge that I have now been able to apply to the three projects I am currently working on.

Besides what you’ve already done, you’re also working on three more projects, two of which are The Larrikins Wreck: The Braindom and Alpha Eaters – an educational phonics and alphabet game. What can you tell us about these projects and the motivation behind making them?

The Larrikins Wreck: The Braindom is a 2D JRPG. It surrounds the main character’s job as a single software developer at a company that takes advantage of him. He is propelled into a world that he cannot determine if it is real or in his mind. It plays a lot on the tropes of old 2D JRPGs like Suikoden and the like. But it has consequences for choices and a whole different style of “leveling” that I have not seen in a game to date! I have always wanted to be able to design my own type of game. There are so many games that have little nuisances for me, and I wanted to make something without them! Like rubber band questing.

The other project that I am working on is called Alpha Eaters. It is an educational game for 3+ years of age. It is a phonetic, hack-and-slash style game. I wanted to make this because my son loves to play games. I don’t want him just playing mindless games, but to learn something while enjoying it.

And the third project is something silly, but it entails a validation type game, and it is still in the early stages of even game concept. The idea behind this game was for a friend of mine who suffers from anxiety, and I’m trying to make something to bring her a little joy and calm in her world.

We will definitely be cheering you on with these projects! Given that you’re an experienced game developer, how do you pass on your skills to both your children and the game development community?

I would say “experienced game developer” is a loose term. I home-school my children already, so incorporating game development was just going to happen. My oldest, who is 9, loves to learn and help me with my projects. It is like family time when he is designing a new character complete with their attributes, gear, spells, etc.

As far as the game development community, I just love being able to help someone else if they are having issues. We all get stuck sometimes, and it is nice to have someone to look at it from another perspective. The game development community has been so supportive of me that it is only right to give back. In fact, we have started a huge community of like-minded people just trying to get the word out for indie devs. #IndieDevWorldOrder.

We really appreciate you chatting with us, Andrea. Before this interview closes out, let us ask just one more question – what is your advice to game developers out there, especially those just getting started?

I would have to say that my best advice is to stay organized in your work. Layout your game design documents and storyboard. Even if you think you don’t need to do a certain step, keep with it, because you can easily get overwhelmed. First and foremost, I would instruct them to check out all the courses that Zenva offers! And then I would suggest that they get involved in a community of other game developers, like IndieDevWorldOrder. For support, encouragement, and motivation.

That concludes this Learner Success Story.  We want to thank Andrea one last time for talking about game development with us, and we can’t wait to see more of Andrea’s games!

You can also check out Andrea on Twitter, Patreon, or Ko-fi to show your support for Andrea’s ongoing projects! 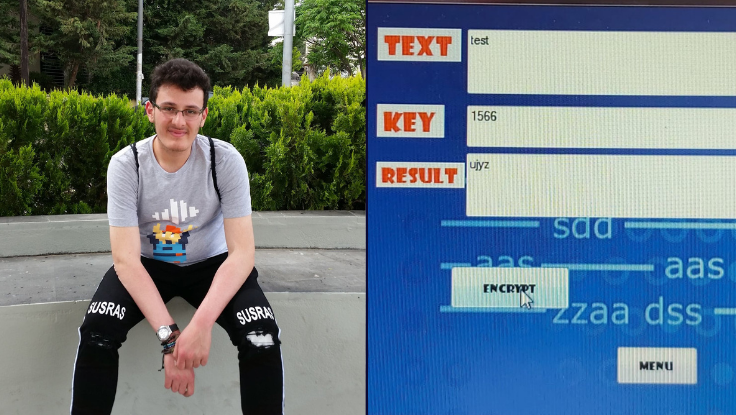