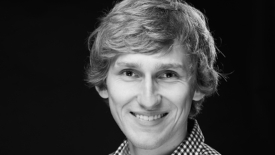 Welcome to another Learner Success Story, everyone! Today, we have the honor of speaking with Daniel Danielecki, a game developer whom we’ve interviewed twice about two of his games: YellowSidd and Cash Ninja.

Thanks for joining us, Daniel! It’s been a while since we’ve touched base, so we wanted to first ask how your game development skills have grown over these past few years?

Hey, thanks for having me here once again! Well, by profession I’m a web developer – gaming was always a fun after-hours activity. It definitely grew, though, same as my web development. I’ve made quite big progress with JavaScript frameworks and TypeScript since then. I could talk about how my game development skills have improved during Phaser projects, but I’m happy to say that now I can say “we”. With a little team, we’re launching a Kickstarter campaign, and the leadership over the technical aspect of our games is Nag, my teammate.

As you just mentioned, you’ve recently become involved in a Kickstarter campaign to crowdfund “Instant Games” – i.e. mini-games that can be played via mobile without installation. Can you tell us a bit about how your past success and experiences played a role in this decision?

The interest in Phaser came solely from Zenva – that’s how I’ve started. Later, I deployed five games on multiple platforms such as the Apple App Store, Chrome Web Store, Facebook (Web), Google PlayStore, and itch.io. It gave me approximately 70-80k players in total, which was quite surprising for such simple games, as they even generated some revenue.

However, it was Messenger Instant Games that opened my eyes. Within three months, the games have been played by more than 100K players just on that platform. I realized it might be an interesting business case for crowdfunding/Kickstarter and looked for someone experienced with Phaser who would like to drive it with me. On one of the HTML5 GameDev forums, I met Nag, current Tech Lead of our five upcoming games.

Now, with the Kickstarter campaign, we want to move beyond the hobby part of the project and validate the idea of playing Instant Games in apps & chats such as Facebook Gaming, Messenger, Snapchat, or Telegram.

Given your passion for the subject, what do you see for the future of these sorts of Instant Games-styled mini-games as a whole?

We can clearly see that’s a big market in China with WeChat’s Mini Games. However, the “western” applications are just slowly adopting it. Facebook tried Messenger Instant Games. After that, it was replaced by Facebook Gaming, which was highly criticized by developers, and eventually dropped a number of players in comparison to Messenger Instant Games. We can see Snap Games, Telegram Games, and more, and based on our insights we gained during publishing our games, it’s an interesting piece of cake. Even Paytm, the largest Indian payment system in India has its own “Mini App Store”. We can see Mini-Games might be popularized more within popular apps & chats as a part of their offerings to the client.

Personally, I don’t believe playing Instant Games via web/traditional browser has any future, though that’s a bit hypocritical because all the Mini Games are HTML5-based.

Can you tell us a little about the game projects you’ll be making as part of this initiative?

For the Kickstarter campaign, we’ve prepared five games, including one multiplayer game – all of which are in alpha stage. Here, I’ll use a little bit of advertisement, and if you’d like to read more about them please check out our ongoing Kickstarter campaign.☺

What are your goals and plans for the future once your Kickstarter campaign ends?

We’re planning to focus on Instant Games and build a community around this. We’re closely looking to expand towards Telegram, as this chat seems to be open regarding the HTML5 Instant Games. After those five games, we’ll have to focus on multiplayer games, which bring true social experiences into popular apps & chats. On the horizon, we also have one IO and ambitions for a 3D Instant Game, but for now, these are just plans.

We’re very inspired by how things have been going for you, and we’re glad to know our courses played a role. In what ways do you think the courses at Zenva have helped lead you down this path?

As said at the beginning of the interview, that’s where all has started 😉

Back then, in 2015, Pablo (Zenva’s Founder) was the one person working at Zenva, or at least the only one publishing game development content. He had 2 or 3 Quintus (obsolete HTML5 gaming framework) courses, and quickly after that moved towards Phaser. It was at that time I was following Zenva courses, and a bit later took one of the advanced Phaser courses on Zenva – this time by Renan Oliveira. I’d never thought we’d make it that far from Zenva courses, simple games, AWS Activate & Y Combinator Startup School, and business acceleration by Oswald Labs Accelerator, to Kickstarter. Thanks for the cornerstone.

We’re just out of time here, but we do have one last question. So, Daniel, what is your advice to other game developers out there, especially for those who are pursuing new frontiers or crowdfunding?

Depends on what they want to do. I’m not a Unity/Unreal Engine specialist, but the ecosystem is more mature there. Mini Games are relatively young and the business risk is much higher to jump into it. The games are also much more naive and simply give less fun during development. It really depends if you’re looking from a technical or startup point of view.

If I’d think solely based on a career within the gaming industry, I’d still opt for more Unity/Unreal Engine development. In addition to that, AR/VR is something interesting. AR especially, in my opinion, is already interesting to pick up because VR requires quite expensive equipment, and other than fun I’m not sure if the market is large enough to keep it sustainable at this moment for single developers.

And that brings this interview to a close! A special shout-out to Daniel for chatting with us again, and we wish him and his team the best of luck.

You can help support Daniel’s efforts by checking out his Kickstarter campaign.

Need a break? Consider trying out some of Daniel’s other games!