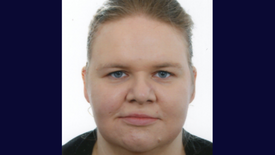 Hey, everyone, and welcome to another Learner Success Story. With us today is MissyTerry, a mother and bookbinder who is now diving into game development.

Happy to have you join us here, Missy. The first thing we’d like to ask you is what got you interested in programming and game design in the first place?

Hello! I have been interested in game design since childhood. I was designing games for my friends when I was younger, and over the years I noticed that game design also included computer programming.

I love to see people enjoying my games and stories. Also, when COVID-19 became a huge issue, I noticed that there were only a few games or apps in Germany which were designed for children without a lot of adverts. My little one accidentally opened adverts more than a few times while being allowed to draw on my phone, so I thought about doing my own apps and games.

Sadly, I never had a teacher for computer programming, until I discovered Zenva. The Zenva course I found, specifically the one from Daniel Buckley “Create Your First 2D Game in Unity”, was part of the Humble Bundle “Mobile Apps and Games Bundle” I bought.

The course was very easy to follow and understand. And, for the first time, I didn’t simply get told what to write, but HOW AND WHY I have to write certain code and what will happen with the written script. Since I have three children and I was working as a bookbinder, my time to learn was very limited, and I couldn’t go to university in my hometown.

But with Zenva’s on-the-go options, I could start learning wherever I was – it didn’t matter if I was traveling to work or even at work during my breaks.

When COVID-19 became even bigger, I quit my work to care for my children, and I was happy to have the courses because I could work on them all day while I was home. Plus, the children were always happy to get new content from “Mommy’s game” they could paint.

You’ve already started work on several game projects, one of them being Das Volk der Molks – a peaceful tribe-building game. Can you tell us a bit about the project?

When I started to get deeper into game design, I noticed that most games include violence or fighting. I didn’t want my children to play these types of games (they were just toddlers at that time). So, I was thinking about a tribe I had already written a short story about when I was 18 years old: the peaceful Molks, a 2.5cm little tribe of altruistic mole-looking inhabitants, which are living in an “Urbaum” (in English you may say “Ancestor’s tree”). They are not fighting, but befriending foes.

Of course, they have a little “Tick” – when they get angry they grow for 5 minutes like a balloon up to 5m, and, in their rage, they can destroy everything except their home trees. After the “rage-form”, they are not able to move at all for around 10 minutes.

A special part of them is the “Stammwächter/TreeProtector” and the “Pionier/Pioneer”, which can control this form for around 30 minutes before they will be back in their original size and won’t be able to move for 5 minutes.

That’s an interesting concept! Have there been any challenges you’ve faced while developing it so far?

When I thought over this tribe, I created the first level for my game with the course from Daniel Buckley (“Create Your First 2D Game in Unity”), and I stumbled over the coding itself.

Even when the course explained very well how to write and use the code – and I could get my Molk to walk & jump and have a menu for the game – I needed a second course from Zenva to create the befriending of foes mechanic. So, I learned with “Create a 2D Idle Clicker Game”, and then I chose another course for implementing sounds, “Game Audio Effects in Unity”, for having a base I can work on.

While working on the courses, I noticed that I am not good enough in the basics of coding, because I couldn’t change the code I wrote earlier to the point where I wanted it to get. So I was happy to find out that, even for this problem, Zenva has a solution with the Codemurai app.

While learning, I participated in the “Marathon Jam”, where the only requirement was to show the progress I could make within one month. I got a lot of positive feedback and this keeps me motivated to continue with my game. Also, while at the Jam, I teamed up with Heckert, who has more experience in programming but isn’t specialized in games. Thanks to his help, the coding made a lot of progress.

For everyone who would like to see the game’s progress, it is still available on itch.io to download for free. There you can download the progress I made until the Jam started and two other versions with a later date before the Jam ended.

Besides Das Volk der Molks, you’re also working on a community-project-oriented game called Kurando in the Woods. What can you tell us about this project and the motivation behind it?

Kurando in the Woods is a game that’s completely opposite to my peaceful Molks. Its theme is more thriller, horror. Kurando himself is a Twitch streamer and Youtuber which I have been supporting for years now. Because of him, I found out about Twitch, Discord, and Humble Bundle. Without this connection, I may not have found out about Zenva.

When I was learning with the courses, I noticed that some courses won’t fit in my Molks game, but I didn’t want to waste the new knowledge I gained, so I started a second project. Also, the community for Kurando is a very lovely one, and we decided together that I will do the game while learning, but include a lot of requests from them. This way we have a regular exchange of ideas, and I can improve my skills as, due to their wishes, I can script or improve functions like chasing, fighting, or defeat.

You’re also streaming the game development process for Kurando in the Woods. What inspired you to do that for this particular game?

Yes, another main difference from my Molks game is that I am actively streaming the progress for Kurando in the Woods on Twitch under my Twitchname Missyterry – so the community can see live how the game will be developed.

As I said, I want to stay in contact with the community and design a game that represents not just Kurando, but also its community. Since they will be the main ones I am designing this game for, I want them to have the feeling of actually being part of the development.

Also, I can actively show how far my skills have progressed and where I stumble with the code.

In the end, I am also uploading the streams on Youtube, so the whole progress of the game’s development will be documented there.

In what ways has each project taught you something different about game development?

Since both projects are fully opposite (no violence vs horror), they teach me a lot about the different needs of sound, enemy interaction, chasing, “taming”, inventory, usable objects, and AI. The code for both games is different, due to the reason that one will be harmless and the other one has to have combat. I’ve learned a lot about different types of code basics due to the games.

I decided to do a simple platformer first, then added the clicker-game mechanic for the taming. And with Zenva’s low monthly cost (you can cancel anytime) there is access to a lot of extra courses, so I ordered it during a sale. I was so excited about the huge number of courses that got unlocked that I kept with the premium content most of the time.

Both projects sound very exciting, and we’re so happy the courses at Zenva have helped you along. What would you say drew you to our courses to learn from?

Mainly the fact that the courses are easy to understand even when they include higher-level knowledge – and that they are well explained, downloadable (via the Zenva app), and invited me to continue studying. The certificates for completing each course or the entire curriculum will also help me later when I want to apply to a company, because they serve as proof of my ability and that I have not just sat around at home.

Also, the fact that I can print the lesson summaries to learn offline and have the code written down there to quickly check over in case I forgot something is very nice. As a bookbinder, I even started to prepare them into temporary books, so I can add them to my personal library and even my kids will be able to read them later.

As we close out this interview, what tips do you have for other aspiring game developers out there when it comes to learning and making their own projects?

First of all, I advise you to download the Codemurai app for basic coding understanding and start with the free courses from Zenva about the engine you want to use. If you never knew that there were different engines, like I did at the start, watch the first lesson for Unity, Godot, and Java (“Java Foundations”, “Unity 101” and “Godot 101”), and then progress with the curriculum you find yourself most interested in.

The curriculum Game Design Academy from Zenva is very helpful in the beginning too, since it explains what a game really needs.

And you can cherry-pick the courses you need for the game you want to create. If you have no idea where to start, I advise you to follow the order of courses of the curriculums. They are not often based on one another but are very well sorted (I am actually working with the courses from the RPG Academy).

And this officially brings this interview to a close! We hope you’ve enjoyed this interview with MissyTerry, and we can’t wait to see these game projects in full!

Want to watch MissyTerry’s development process? You can check out Missy’s Twitch and YouTube channel.

You can also check out Kurando on Twitch and YouTube and view the inspiration for Kurando in the Woods.

Don’t have time for a video? Try MissyTerry’s Instagram for quicker screenshots.