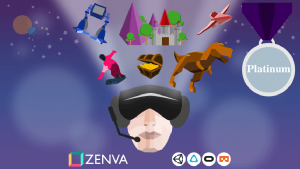 Become a professional VR developer. Learn to code and create 16 immersive games in Unity from the ground up. No prior programming experience is necessary to enroll

This is the 2019 edition of this curriculum, and as such, it won’t be updated any further. The evergreen edition can be accessed through our subscription here.

Welcome to the world’s most comprehensive online curriculum on VR game development, where you will learn and master the foundations of C#, Unity and VR by building practical projects.

Featuring the latest VR developments of 2019, whether your goal is to make VR games for fun, start a business in this exciting field, or become a professional Unity developer, this online curriculum contains everything that you need to reach your goals.

This curriculum has been extensively reviewed and authorized by Unity Technologies, the company behind the Unity Engine.

As an Authorized Learning Partner, our approved Unity courses satisfy the highest standards in terms of both quality and relevancy.

By enrolling in the Virtual Reality Mini-Degree you’ll get access to three interactive courses on our mobile app Codemurai (available on Android and iOS) so that you can cement your knowledge of C# and Unity fundamentals while on the go.

The Virtual Reality Mini-Degree covers development for all modern VR platforms, including:

Pablo Farias Navarro is a certified Unity developer and founder of ZENVA, where he has taught game development to +1,000,000 students and authored +100 courses. As part of his work in game development education, Pablo was invited to join the Intel Software Innovator Program, and has run game programming workshops in San Francisco, Brisbane and Bangalore. Pablo has been making games since 1996 and has been obsessed with VR since he saw The Matrix.

This module aimed at those with no prior Unity or C# experience. You’ll be introduced to the Unity Editor and the basics of Object-Oriented Programming as you build a fully-functional Mario-style game with different screens and levels.

In this module, we create a VR experience that consists of a platform that flies to different destinations. We make this project run in all the platforms and cover some performance basics.

Take your VR skills to the next level by learning how to develop Virtual Reality applications that feature hand tracked controllers. By taking advantage of Unity’s natively supported features, this application works on all the main desktop and mobile VR platforms.

In this module, we build a reusable pointer and interaction system while creating an educational experience about the International Space Station and its various components, usable on all major platforms.

In this module, we create a VR experience where a peaceful night in the forest is interrupted by giant mosquitos. We use the VR Standard Assets from Unity to create a reticle for gaze-based interaction. This game is also adapted to work with SteamVR-compatible controllers. This includes the HTC Vive, Oculus Touch and other vendors.

In this module, we cover the creation of a VR experience using 360 photos. We start from the ground up, covering what 360 photos are, how they are stored and what we need to do in order to prepare them for Unity. This module includes also a discussion around UI in virtual reality. By the end of this module, you’ll have built a 360 photo experience that can be easily re-purposed for any kind of application. You will also end up with reusable UI components you can drop into any Unity project.

In this module, we build an interactive quiz that uses a 360-degree video to create an immersive environment. Questions and their correct answers are loaded from the cloud, so that the content of the quiz can be modified even after the game is built. 360-degree videos are covered assuming no prior experience with them. This game uses elements developed in previous modules such as spatial UI panels and buttons for gaze-based interactions.

In this module, we build a complete space invaders game in VR from scratch, where players have to defend a city from an alien attack in a post-apocalyptic world. After starting the game by shooting at a graffiti wall, enemy formations will appear in the sky which the player will have to shoot down. The score will be shown on a graffiti wall, while all dead aliens will fall to the ground and accumulate as piles of junk. This game runs on all VR platforms.

In this module, we cover the creation of a puzzle game where the player has to drag and position pieces in their correct location. When the puzzle is successfully completed, a giant pyramid emerges from the ground. This module includes intermediate C# concepts such as Delegates and Events.

In this module, we cover the creation of an infinite runner in VR where the player has to jump in “reality” in order to jump in virtual reality! The mechanic of this game is that of an infinite runner, where new environmental objects and platforms are created during gameplay. The player has to jump over ditches full of water while running in a low-poly world. The game is also adapted to headsets with no position tracking such as the Google Cardboard.

Ever wanted to pilot your own spaceship, like Han Solo? In this module, we’ll create an aircraft piloting experience, where players can fly over an abandoned city located on a floating island in a virtual vehicle that can be controlled entirely with the buttons on the dashboard. This project demonstrates good practices when it comes to motion sickness and diegetic UI.

In this module, we’ll adapt the platformer game we built when learning the basics of Unity into VR. This will involve several changes to the game, including modifying the home and game over screens so that they are suitable for VR, modifying the player mechanics and HUD, mapping buttons on an external gamepad (we’ll use the Xbox 360 controller, but the skills are applicable to any gamepad), and manually triggering events in the Unity VR Standard Assets.

Build a complete underwater experience in VR, where the player can dive underwater, chase fish and run into dangerous sharks! This experience covers many different aspects such as terrain generation, underwater look and feel, animations, performance and motion sickness considerations.

First-person shooters are hugely popular and this curriculum wouldn’t be complete without one. In this module, build your own VR FPS game from scratch, where the player can move around the scene using a free-range teleportation system similar to that seen in games such as Arizona Sunshine. The enemies consist of zombies that feature rig animations, allowing them to realistically walk or fall when shot down. The player can collect ammo cartridges and the gun displays how much ammo it has left.

Ever wanted to create your own RPG? In this module, we create an impressive RPG in VR, where the player can explore dungeons, fight skeletons, collect weapons and health, and interact with non-player characters (NPCs). The game uses free teleportation and a reticle-based system to interact with the different elements.

Your Courses, Your Way

All of our project-based courses are designed to be flexible – you can access courses 24/7 to fit them around your schedule, and choose the learning materials that suit you best.

You can even download your course videos and watch them offline using the Zenva app, available on iOS and Android.

Our course instructors participate in elite developer programs and have been recognized for their demonstrated excellence in development and teaching.

That way, you can be confident that you’re learning the most up-to-date content from industry experts.

Our unlimited access package comes with free access to all of the courses in our mobile app, Codemurai!

Available on iOS and Android, it’s full of interactive programming lessons and exercises so you can continue your learning on the go.

Our community of 1,000,000+ learners and developers have used the skills learned with us to publish their own games and websites, land their dream jobs, and even start their own businesses – and you have the potential to do the same!

Check out what our learners think below:

I love the lectures, concise course objectives, and how they not only teach you enough to get started, but prepare you for the advanced stuff later down the road.

With Zenva, I started learning a more accurate way to approach problems and develop solutions. It’s full of interesting topics that I love to learn in conjunction with my work.

I chose Zenva because of the large selection of topics and the fact that I can choose what courses I want to take whenever I want to take them. That level of freedom is unique to Zenva.

The Unity courses at Zenva helped me achieve a level of comfort with game development that I didn’t think was possible. They give you the confidence to expand your skills, and were so easy to understand. 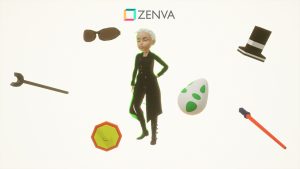 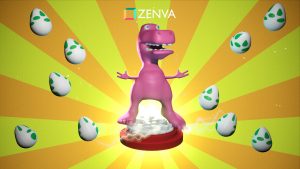 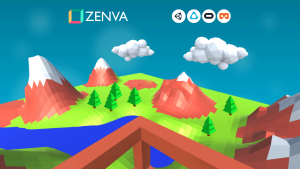 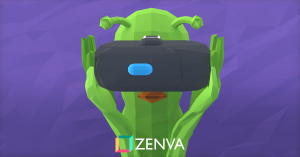 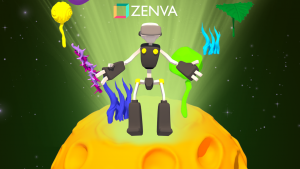 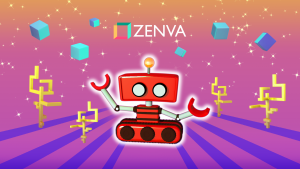 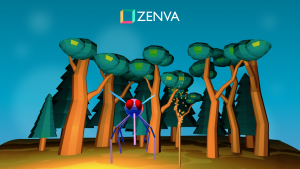 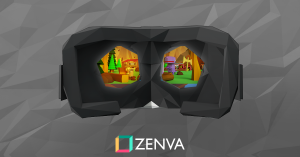 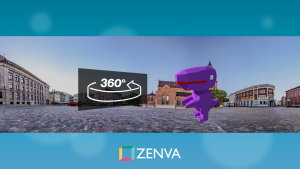 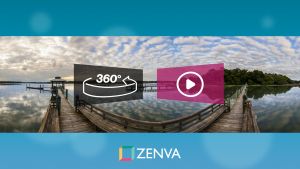 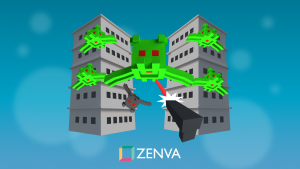 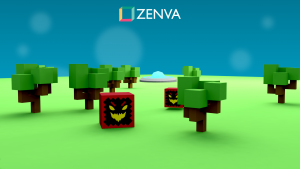 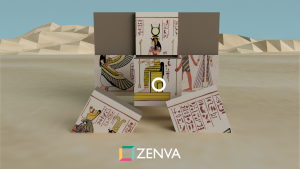 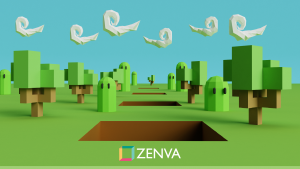 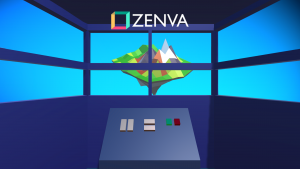 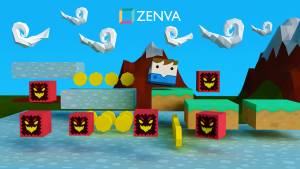 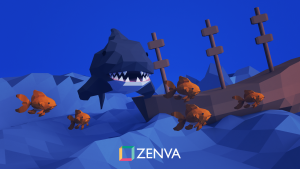 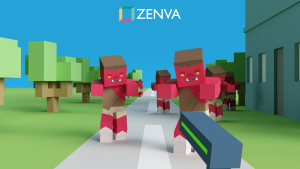 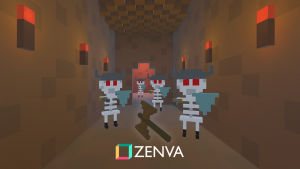 Don't miss out! Offer ends in