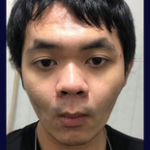 By Lindsay Schardon (ZENVA) on November 29, 2021 in Success Stories

Thanks for taking the time to chat with us about your journey. Before anything else, we’d first like to ask what got you into IT in general?

In my first year, I knew absolutely nothing about IT. The reason why I entered IT was that I had no choice – so it made it quite difficult for me to study school courses. I remember when I failed the first subject, I emotionally collapsed and planned to move to new courses such as design.

A few days after that, I started to learn basic concepts of programming languages like data types, variables, functions, etc. Then I coded my first program. Lots of bugs happened at first, so I took a lot of time to fix it.

After that, I felt like programming was not as complicated as I thought, because programming is also like learning a language. But, instead of communicating with humans, people communicate with computers.

While you’re studying Information Technology in university, you’ve changed a lot of your focus to Unity and self-studying. What inspired you to focus more on game development?

When I was 4 years old, my father bought Gameboy video games for me to play, and I was fascinated with them. I played every kind of game on console, PC, handheld, and smartphone. I was curious about how the games worked – like combo hits, how to make skills, cutscenes, etc.

In my second year, I learned about computer graphics, and I found out by myself how to draw, move, and turn an object into 3D – and I made a very simple game. Then I began to explore game engines like Object and Collider. After that, I found the Unity engine, which is high quality for beginners, and I started to use Unity from February until now. Since then, I have created about 10 more small game projects.

What sorts of struggles have you had to face not only in regards to self-studying, but using your skills to find a job?

Self-studying takes lots of time, effort, and time management between Unity and other courses at school – which are my main issues. Besides, the game programmer industry is not trending here, so I found that it is difficult to get a job.

Luckily, I participated in an internship in a subsidiary company about Unity, where I learned lots of new things – along with new pressures. I remember that I stayed up late till 4 am just this morning to finish the company’s project, which made me exhausted. But every success must be accompanied by sacrifices, because once I become lazy and lose my focus, it will ruin my career forever. So, I try to avoid it at all costs.

We’re glad to know that, as part of your game development journey, you’ve found the courses at Zenva a big help. What about Zenva’s courses has helped you to achieve the success you’ve found?

I found Zenva coincidentally while I was searching for a game programming course. I saw on Zenva’s website (which had a fantastic design) a limited time sale on their all-access plan, and I thought, “Why not?”

One of my game projects, which I learned from Zenva, is a 2D Clicker. I was pretty surprised by the quality, and I learned some skills to improve my game programming. I probably will finish the full version of my game in a few months, but maybe sooner if I learn from Zenva’s courses.

Already you’ve taken on a number of projects, including Text Fighter, Yoomp, and Supertap. We’d love to hear more about them, so what can you tell us about these projects?

Here are my games as mentioned:

Text Fighter
Text Fighter is an educational fighting game about combinations, and it will help improve the speed of typing (similar to Mario Teaches Typing). You will start by choosing 1 of 2 characters to eliminate different kinds of monsters (18 monsters total). You will have 10 seconds to prepare, then the text will appear on the screen. If you tap correctly, your character will initiate an attack. And if you tap wrong, you will lose some HP.

Yoomp
Yoomp is a multiplayer game about jumping – I used a Photon server for the game. Each player has 3 HP, and players try to jump on other players’ heads, which will cause them to lose some HP. The last man standing will be victorious.

Supertap
Supertap is a clicker game. I finished it in just 1 day, then gave it to my friends to play. They like my games in general despite them being simpler in graphics and quality. But, they seemed to play this one every day after the first try, so I am very proud of my results.

Currently, my games can only be played on Microsoft PCs and Android smartphones. Adding them to the Apple Appstore is the main problem for me right now. Many people use iPhones, but I do not earn enough money to buy a MacBook to make Apple apps. So I will try to handle this problem in a few months after I earn enough money.

What are your future plans career and projects wise when it comes to either IT or game development?

Now I am in my fourth year, which is the last year of university. There are 3 main branches for IT majors, which are an IT teacher, computer programmer, and game programmer. So, I chose the game programmer path to become a game developer. I’m currently making a CV to apply for a job in a big company like Gameloft in Vietnam.

As we bring this interview to a close, there is one last question we’d love to ask you. What is your advice to other aspiring game developers in terms of studying and getting a job?

Perhaps I will list three things to motivate everyone as a game programmer:

Self-studying or self-taught
It is very important to learn all skills and strategies from the beginning to model your brain correctly. So, you have to make products with your knowledge from school or university. The most important thing is developing your grey matter in the brain, because without it, you will easily get exhausted and lose progress.

Passion
You must have a passion when you are young. At that age, people easily get distracted with things like smartphones, new video games, etc. They are not giving these things up, and aren’t training day by day to develop their skills. So without passion, they will move on to find a new distraction. Also, family, friends, relatives, and public support play an important role in keeping your passion.

Persistence
Many people easily give up because of a lack of motivation or morale due to their boss, family scolding, or break ups. And because of this poor attitude, you can doom your career in just 1 second. So, I suggest that you should train yourself about persistence from the beginning. Once you have good persistence, you will be able to control yourself better and make yourself work harder than usual.

This brings another Learner Success Story to a close – and one with a lot of insightful advice for those training to be game developers out there.

If you’d like to see Pham Minh Nhat’s games first hand, you can Supertap, Text Fighter, or his other game projects on itch.io.