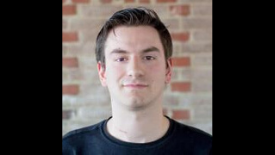 Hey everyone! Recently, we displayed the amazing games that our awesome participants created for the first Phaser Hackathon that we’ve ever held.

Subsequent to that, we also just finished interviewing the winner of that very hackathon.

Read on below to hear the experience of competing in — and winning — the very first Zenva Phaser Hackathon, with Stefan Neidig!

Hi Stefan! It is great to have you here, and congratulations on having won the first ever Phaser Hackathon that we held! We’re sure our readers are excited to hear from you so we’ll get rolling — what is your background in game development?

Hi Chris! Thank you, I appreciate it. My first steps were made on a learning computer, which my mother gave me at the age of 11. It had a module where programs could be written in BASIC. The first game I made on that computer was a variant of Who wants to be a millionaire?, which had several hard-coded questions. There was no title or winning screen, and the user interface was very minimal, having just a few lines.

However, it was a start and my passion for programming has been unbroken this that first day. I soon realized that I couldn’t do what I really wanted using just BASIC, so I turned my attention to Pascal, HTML, and finally C++. This was the tech stack I used for a while, and I did projects with game/graphic engines like Irrlicht 3D.  I spent a lot of time patching and adding to the engine, but I also managed to create a few games such as a simple Connect 4 game and a Bomberman clone.

I also worked with a few other game engines, like Ogre 3D, LOVE, Unity 3D, and PhaserJS. I also learned a few other programming languages and studied Computer Science. My bachelor thesis was on the field of artificial intelligence.

Soon after earning my masters degree, I worked with a small startup, and I’ve sinced move to Appcom Interactive as a software engineer/software architect . We fulfill projects for big companies in Germany.

Wow! You’ve certainly had a long journey with game and software development — and you got your start quite early! On your journey, were there any Zenva courses you took that helped you along the way?

Zenva certainly did help me along the way! I took one of the courses on Phaser development. It was this course that gave me a better understanding on how to interact with the Phaser game engine.

I made a big game with Phaser for a client, which included a highscore server. It took several months, and the code was quite complicated in the end, since it was also my first game with Phaser.

The course taught me how to use game states properly, and I use the concepts I learned for boot and loading screens to this day, and I certainly used it for Bots.

Furthermore, I learned how to use prefabs, which was a concept familiar from Unity 3D. Prefabs were both a blessing and a curse, since they help to generalize methods and increase development speed, but they also led to more files which was a negative in terms of the hackathon. By the submission deadline of the hackathon, my file size was greater than 800 KB, so I messed with the code and minified the assets to meet the 500 KB limit.

In Bots, I used what I learned from the Fruit Ninja Clone in the course, and the spawner classes were widely used.

Very insightful, we are certainly glad to have been able to be there for you along the way, and in your success with the hackathon! We’ve spoken a lot about of your experiences and past — let’s look forward, what are your plans for the future, in terms of development?

My plans are to take a step back on development, and to do more on an architecture and conceptual level. As I mentioned before, I am also a software architect with Appcom Interactive. Naturally, the focus is on requirements engineerig, developing an architectural concept for projects, writing documentation, and supporting developers in implementing the architecture.

However, in my free time, I still work with Phaser on a mostly conceptual level. I still have ideas for some smaller games I’d like to do in the future. One will be a clone of the well-known Chocobo World featuring a very interesting battle concept. Another one will be a PvP game, having a battle-system based on Conveys Game of Life. The main problem is that I am a plain developer without the slightest talent for designing. Thus, I usually have to gather all of the assets, which is a bit difficult for obvious reasons. Projects like Kenney.nl or Opengameart.org are valuable for people like me, and we highly appreciate them!

That sounds like a great plan! Software architecture is quite the natural step, and those objectives you have set are definitely within your reach. What advice would you give to developers, such as our students at Zenva, who are currently taking courses?

Learn by doing! It sounds cheesy, but this is how I believe it works. Watch the courses. Figure out the big concept behind them, and learn from them. Then adapt and build your own game. In the course I mentioned above, one can learn about creating a Fruit Ninja game and a Bomberman clone, as well as a fantasy strategy game. These can be very good starting points for your very own game.

Try to free your mind and come up with fresh ideas, which seem like crazy at the first glance, but can make your games unique. Having a inventive concept or an innovative variation of a known concept is a key factor for success. Once you setup your game, learn from the audience. You don’t write games for yourself, but for others. Listen to them and try to make them as happy as possible, at the same time doing what you love.

Those are some wise words and sentiments Stefan, thank you for sharing them with us and our students. We’re sure everyone can appreciate your views, with the success you’ve found yourself. One last question, you spoke about unique and creative ideas — where did you get the idea for your unique game, Bots?

My first idea for the hackathon was actually a trading card game where you’d have to build and level up tanks. Soon after I learned about the asset policy, which ruled this idea out, since there was no good card template on the listed resources. So I browsed through the free assets on kenney.nl and found the robots asset set. Then I had this idea where you drive through a huge world fighting other robots.

Furthermore I am a huge fan of Slither.io, which gave me the idea for the goal of the game. You have to fight others in order to become better and to get stronger. Other concepts likes bosses, earthquakes, meteors, drops, and many more are well-known from other games. I played many games during this period to get more ideas I could squeeze into this game. Fortunately I managed to add most of them in time and in budget (with regards to file size).

That’s very inventive and resilient of you! How you had one idea, but the hackathon guidelines made you change your idea, and you won! I see what you previously meant, with giving your own creative spin on an existing game concept to make it yours, and that’s certainly what happened here.

And there you have it folks! What a great, fun, and unique submission that Bots was, and led to Stefan taking the 1st place prize home. Stefan, thank you for the insight into your background and experience with game development, and software engineering in general. It was truly a pleasure to hear from you, someone who works day in and day out in the field itself, and not to mention the winner of our first ever hackathon!

Be sure to check out Stefan at his sites below!

Want to get your start in game development, and go onto win a hackathon someday like Stefan? See below for more.

Interested in creating your own games? Check out our HTML5 Game Development Mini-Degree.